Experience socializing with your friends and local runners! Visit four regions: The Alps, the Karst, Styria, and the coast Sample typical food and wine   Highlights: Run next to Lipizzaner Stud Farm! Experience running through two different countries in one marathon! Compete or volunteer! Ljubljana, the Slovenian capital Run around Lake Bled with local […] 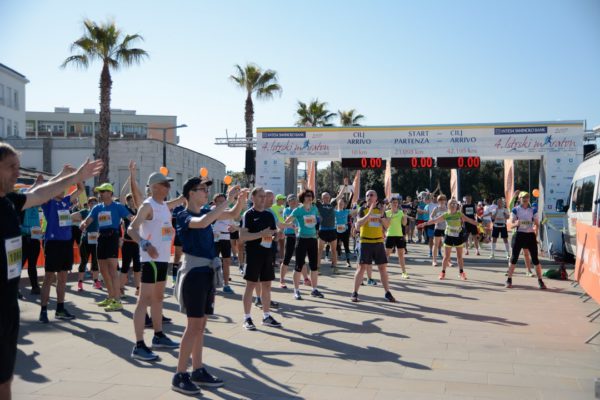 Run with the Adriatic Sea view! Visit four regions: the Alps, the Karst, Styria, and the coast Sample typical food and wine   Highlights: Run with the view to Adriatic Sea! Visit three medieval towns while you are running! Compete or volunteer! Ljubljana, the Slovenian capital Run around Lake Bled with local running grup and […] 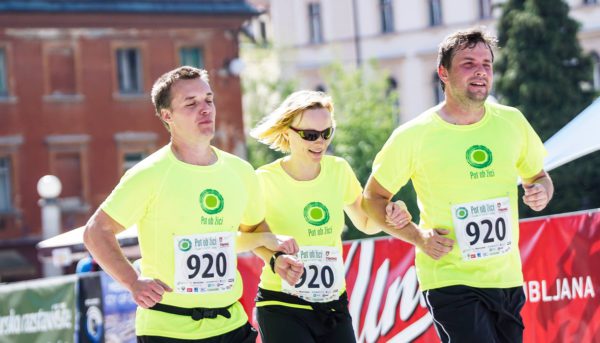 This three-member team run, held in the beginning of May, is a unique running event, and the idea came from solidarity and partnership during fighting against the German army in the Second World War. The uniqueness of the annual event attracts more and more runners for the 12.5 or 29 km (7.1 and 18.3 miles) routes which go through picturesque Ljubljana streets. Path of Remembrance and Comradeship is held at the beginning of May, and it is a reminder of the time when Ljubljana was surrounded by barbed wire during the Second World War. It attracts more than 30,000 participants every year. This is a march for people of all ages – from preschool to adult. It is a relatively easy 32.5 km (20.2 miles) route with 8 organized control points. 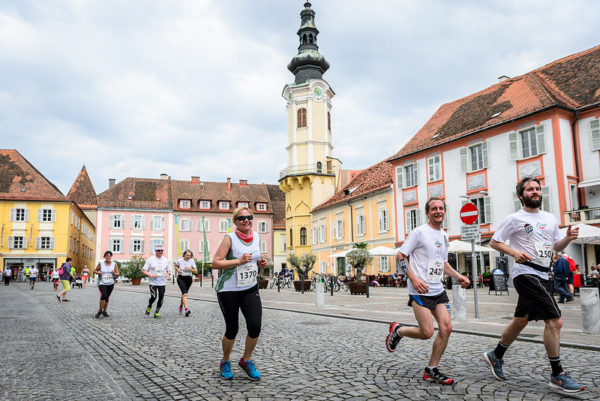 Three Hearts Marathon (Slovene: Maraton treh src) is a marathon, organised in Radenci in Slovenia. It has been taking place since 1981 and attracts several thousand people each year. In addition to the marathon, a half marathon (21 km), recreative running (10 km) and a course for juniors and teenagers are organised. Radenci was first mentioned in 1436 under the name Radein. As a spa for curing heart’s disease became very popular in 19th centuries. They have almost a century and a half of health resort tradition and experience in treating heart diseases Add to that 250 days of sunshine a year and the legendary mineral water that you can drink straight from the spring or fill a bathtub with to luxuriate in its bubbles and you’ve got a holiday that will make your heart sing!

Run over 4 bridges in one night! Visit four regions: The Alps, the Karst, the Mediterranean coast, and Styria Sample typical food and wine Run with locals!   Highlights: Compete or volunteer! Ljubljana, the Slovenian capital Run with local running group Škofja Loka with an African king in town’s coat of arms Lake Bled and […]

10 K AT NIGHT AROUND LAKE BLED

Are you ready for a dessert after the run?

42 K of pure nature in Triglav National Park! Run next to buildings from the WWI. Visit three regions: The Alps, the Karst, the Mediterranean coast Sample typical food and wine Highlights: Compete or volunteer! Ljubljana, the Slovenian capital Run with local running group Lake Bled Piran, a pearl of the Mediterranean Škocjan Caves, […] 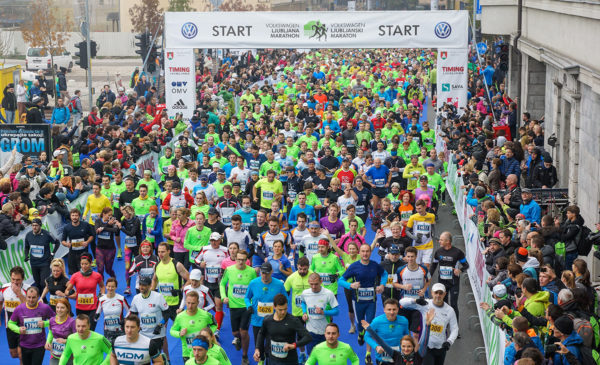 Registered in IAAF calendar, the Ljubljana Marathon, organized at the end of October, is the biggest running event in Slovenia. The first marathon was held in 1996, and there were only 673 runners (mostly from Slovenia) participating. With enthusiastic desire to develop a big event, the marathon was growing, and in 2006 there were around 7,000 runners from Slovenia and other European countries. After two decades, there are more than 20,000 participants every year from different countries around the world. For those who don’t want to run the whole marathon, options include competing in a half-marathon, a 10 kilometer (6.2 miles) recreational run or a 3.5 kilometer (2 miles) FUN RUN with or without a costume.

Visit five regions: The Alps, The Pannonian Plain, Styria, The Karst Plateau and the Mediterranean coast Dine on delicious regional food and wine   Highlights: Ljubljana, the Slovenian capital Lake Bled and Lake Bohinj Kamnik or optional trip to The Big Pasture Plateau Spa and optional rafting trip to the Mura River or Ptuj, the […]